After last weeks session I thought I’d go and have another go for the Tench.Im keen to get on the river but I thought I’d let things settle first before I get out .I booked the same peg as last time .The wind was pushing into the peg like last time it was lovely today , a bit mixed though nice and cool then a little rain then hot sunshine . 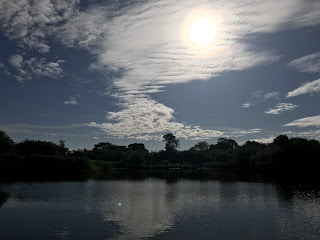 View from my peg, lovely isn’t it .I started with 3 balls of groundbait over the float followed by some corn and loose fed maggot.My first bite was a Rudd I was getting really pestered by them pulling and plucking at the corn .I kept feeding a few maggots little and often to keep the Rudd at bay.It wouldn’t be long before my first tench came , my pin was screaming as I fought to keep it out of the long reeds either side of me . 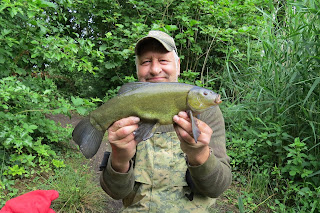 It wouldn’t be long before my next bite as the float lifted and sailed under and another great fight .Was suprised I didn’t lose the fish as it fought that hard it bent the hook. 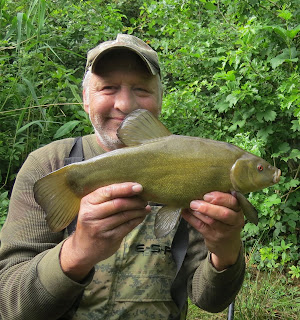 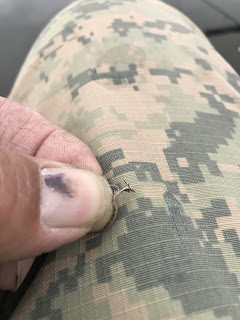 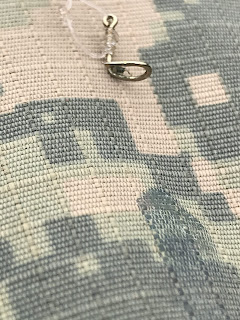 Never had a Drennan hook bend before .My next bite was a roach .It started to cloud over a little and by the time I put my coat on the rain stopped and my float sailed away and another great fight on the pin . 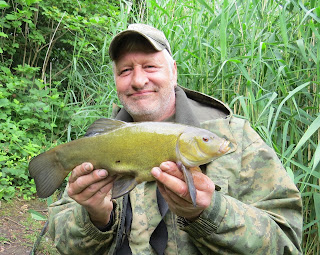 My last and final tench .I managed a Rudd not long after and the sun came out blazing and I called it a day .