Went for  a reccy to a new water today after hearing of Decent Perch.Armed with my light feeder and float rod , maggots and Worms .Upon arrival I had a walk round the water to get a feel for the place.As usual I settled in a peg with the wind on my back. There were 2 pegs I fancied but were taken so time to get the feeder rod out , I fished a maggot feeder casting every 5-10 mins .The day was overcast with drizzle which was not bad conditions. I wasn’t catching one a chuck but steadily into some nice roach.I decided to have a cast around after catching 8 Roach, I started to cast to another area catching 2 nice bream. The sun came out briefly and killed it, I tried worm and pellet to now avail so I decided to have a walk back to the van to get my glasses and start float fishing as the sun was lowering in the sky. I cut 2 worms and cast out , feeding maggots little and often and some chopped worm . 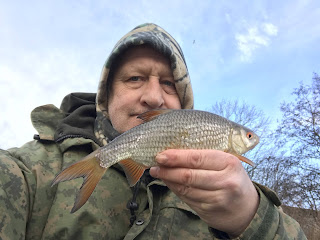 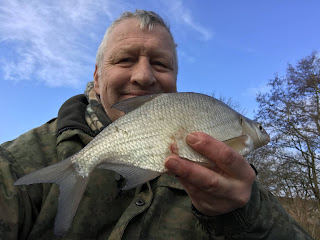 So back on the float, plenty of dips and lifts on the float but I only managed a small perch and as darkness creeped in I packed up.