So another invite from crescent angling club to fish another match, this time on April’s roadside.Last time I fished there it was a fairly new fishery with only 2 waters , now it’s overgrown and untidy . 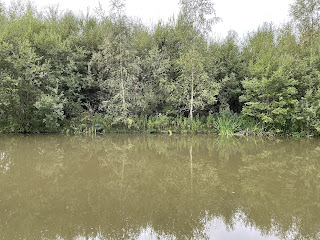 This was my swim of which I started out on bomb and pellet to the far bank .I kept plugging away pinging pellets with only one carp for my efforts .I decided to try my pole line at 8metres.First put in and a lovely tench, followed by a crucian and a lovely mirror carp, then nothing .It was a difficult day all round from whispers up and down the bank .The rain arrived so it was brolly up .

I managed another lovely common eventually but couldn’t get a consistent run of fish .At 3pm I could see carp on the far bank so decided to fish the tip again .I hooked 2 carp that came of followed by 3 nice carp .As I cast out again quickly it was all out , I knew I had a not bad weight but knew it wouldn’t get me in the prizes .

Close but no cigar , till the next time .

Well today I was invited on a club match the venue and a new lake I haven’t fished at moss farm called Amanda’s .I always remember this lake as it was Disabled and kids lake when I first visited moss farm many years ago .I drew peg 7 facing the corner of the island . Plan of attack was the pole 3 plus 2 and a 2 plus 2 swim.Bait would be maggot and micros . I also set up the bomb rod to fish up to the island , pinging 8mm pellets . 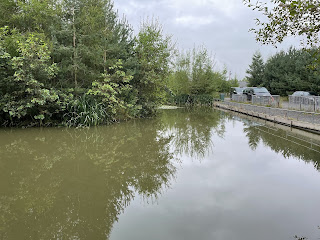 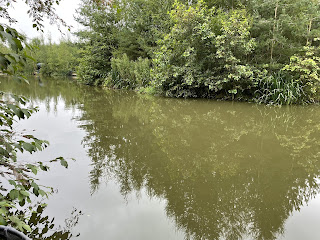 This was my swim .
I wanted to fish the pole long to the island but my back was so stiff I couldn’t hence I decided to fish short and atrack island with the bomb rod.Decided to fish the bomb rod for the first hour or so then switch to the pole.It took about 30 minutes before a flurry of bites of decent carp which resulted in 2 hook pulls close in and I was snapped by a big carp.I decided then to go on the 2 plus 2 line which I managed a lonely roach for my efforts .I switched back to the bomb rod and first cast a carp.Then over the next hour I was smashed up 4 times by the carp resulting in no fish .The on and off rain had stopped and the sun was coming out . I switched to my 3 plus 2 line and managed Rudd , ide and a few perch .So I switched lines mid afternoon and still nothing on that line I reverted back to the other line.I was catching only small fish till a decent carp turned up and smashed me up, rig was ruined so the last 34 minutes I went on the bomb rod and took 4 more carp. 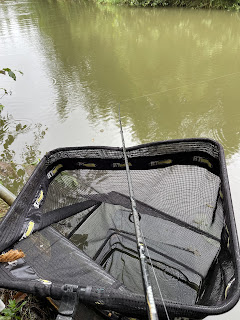 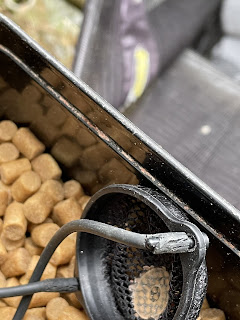 Meant to post this last week , not a year old and perished and I keep them in darkness when not in use.Guru catapult , anyone else had the same issue ?
Tight lines , till the next time , stay safe .

Well my first barbel session of the season, I know I’m late . I normally prefer mid July but as it was hot I don’t like to fish for barbel during high temps, and yeah w  we had loads of rain to follow . Tonight looked good loads of cloud cover , slight breeze with drizzle in the air . Started of one rod downstream and one up stream , I fished a boilie and a pellet and pva bags . It was a lovely evening sat there relaxing watching the clouds changing formation and waiting for the sun to go down and hoping for a big 3 foot twitch.As darkness fell I moved both rods , one to the middle of the river and one further upstream .Still not a tap , knock or twitch only the wind moving the tips .Right at the death I had a few twitches struck and fish on, never saw it as it fell of at the net , hometime . 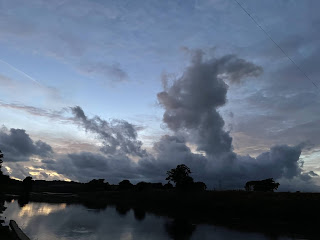 Not fished this lake for over 10 years and today was a match with the breaking surface crew.I drew peg 6 and was happy being where I was shaded even though it was a warm day . 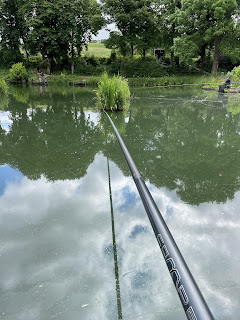 I started the match fishing 10metres to the front of the island ,I fed micros and maggot and fished over the top with corn .I took one F1 and had a rig smashed later . I stuck at it for 2 hours with one fish to show for my effort.

I decided to switch to bomb and pellet and managed 2 more F1,s.As the two anglers were catching shallow I switched too the pellet wag.I couldn’t get the fish going and decided for another method hoping I could catch .I switched too the slow sinking feeder with over wet micros and pellet hook bait .it wasn’t long before the tip was ripping around.The fish came in spells of 3 or 4 I just kept plugging away .

I was hoping for a mad last hour but it slowed down and I think I’d done enough for a place .

Till the next time stay safe .

Well I’ve not been out since April due to building a shed and as being a reserve for fishing here with crescent angling club this is one of two matches I have this month and with the rivers opening I’m itching to get on there .

So I drew peg 11 , I wanted peg 1 but my mate Eddie drew it .Plan of attack micros and white maggots on the pole and pinging 8mm pellets to far bank on tip rod with the bomb. 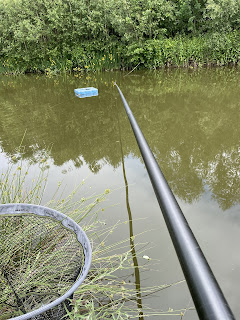 Fishing to the aerator and 2 margin swims was where I was at today.I was going to fish 14.5m but forgot my pole rollers 🤔.I bumped the first 3 fish off then managed a roach of which I dropped back in the water , not a great start eh. I finally got them going with a few roach and skimmers and a nice bream.I switched from the pole to the tip for an hour then back to the pole .The day wore on and the temperature was getting hotter , enjoyed the breeze whilst it lasted .Last hour and I tried my margin swims and one roach . Decided on an all out attack to the far bank pinging pellets and I got snapped with a vicious pull.I managed a mirror carp about 3 lb then on all out I netted a nice mirror. Not a big weight to weigh for me .

Enjoyed the day and was knackered when I got home . 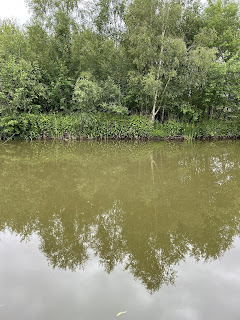 Next match Bradshaws lake 6 with the breaking surface crew .

Stay safe till the next time .

Well with all the Covid restrictions on travel I’m finally back fishing today on a Big Res for bream . A difficult task it’s going to be as it’s a vast water  and all the information I’ve picked up location of them is going to be difficult . It’s a long walk so travelling light is the key .I’m interested in the carp aswell so I won’t say no to a bonus carp on this mission .

I set up today in a swim fishing 60 yards out on both rods,after feeling the first cast down I was getting around 5 foot with a solid donk .Bait wise I’ll be using small Boilie , pellet and corn .On the feed I’m using an esp large method feeder with mainline fusion pellet . 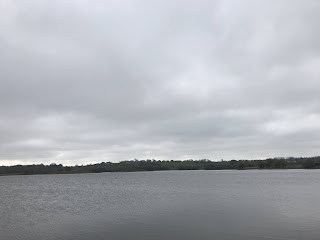 A vast amount of water in front of me .I was casting regular every 30 minutes clipped up to my spots .The day was a mixed bag ,cool first thing this morning which cleared for a brief spell of sunshine with a light wind of the back of me.As the day wore on it turned into a cross wind from right to left putting a nice chip on the water .Despite all my efforts the day finished and I will be back .

Tight lines , till the next time

Well it’s nearly 9 months since me and Chris have fished together since the end of the river season in March and havnt been out since due to Chris becoming a Dad to a Son and obviously Covid .So we managed to get a roach session in before Xmas. We fished a big double peg fishing two rods on maggot feeder helicopter rigs . It was a slow start and then the fish came to me and not Chris .I had lots of small roach, skimmers, a couple of roach knocking on the pound mark and only a bream for Chris . A great catch up having been so long , felt like an eternity , but yes the Dream team are back 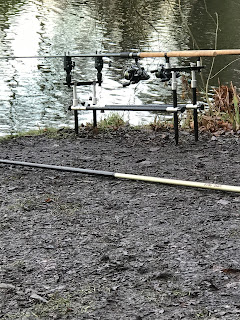 Have a great Christmas , stay safe ,and more from the Drwam team soon .